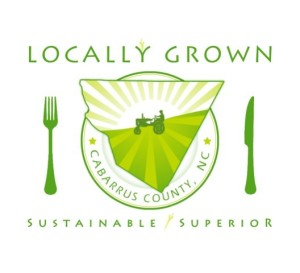 Cabarrus County is an innovative, agricultural community that has experienced both tremendous political successes and setbacks to strengthening its local food system. Between 2008 and 2014, the county government took important steps towards institutionalizing and funding local food systems policy and programmatic work by establishing a food policy council and creating a local food system program coordinator position. In June 2014, due to significant and unexpected budget cuts, the county government cut financial support for this work and eliminated the local food system program coordinator position. The following feature highlights these successes and setbacks and provides a summary of how the community is moving forward in light of its current struggles with maintaining ongoing political support for local food system work.

Cabarrus County is an urban county located in the south-central part of North Carolina, bordering the City of Charlotte. The county is home to commodity crop production and livestock production, as well as a small, but growing segment of fruit and vegetable production. Small-scale farmers have access to direct sale opportunities through the county’s robust farmers market system: 5 seasonal markets and 1 year-round market for a county population of approximately 184,500. The county also has three food businesses that provide aggregation, distribution and wholesale services for beef, poultry, dairy, produce and other foodstuff produced in the county.

Access to land and capital remain challenges for new farmers. Unless family owned land is available, it is often difficult for new farmers to buy or long-term lease land. Finding capital for equipment and other inputs is also challenging. While there is a growing interest among small-scale farmers to sell to institutional markets, particularly schools, there is a lack of education on how to tap into these markets either directly, or indirectly through existing large food services such as Cisco, Aramark and US Foods.

Since the recession, the county experienced an increase in the number of food insecure individuals and families. A major non-governmental organization in the community – the Cooperative Christian Ministry – serves as a quasi food hub for the county and distributes food to individuals and families through a network of small food pantries. The number of people served each year continues to increase. The two most sought after foods by food emergency agencies in the county are high quality proteins and fresh produce. However, much of what they currently receive includes packaged foods. Transportation also limits access to food for many individuals in the county.

Between 2008 and 2014, the county government took important steps to support food production and food security, and tackle challenges through plans, policy, and programs. Listed below are a few of these:

Comprehensive Plan Update Process. In 2008, the County government updated its comprehensive plan. The planning process revealed 4 important needs of the agricultural community and paved the way for food systems policy innovation. Under pressure from development by surrounding communities, county commissioners decided to preserve agriculture in the northeast part of the County. When asked how the County government could support agriculture in the county, farmers and agricultural landowners responded by asking for 4 priorities:

Trust Fund Supporting Local Food Economy. As a result of the comprehensive planning process, the county board of commissioners adopted a resolution in May 2009 that created a special fund from present-use valuation deferred tax penalties to support sustainable agricultural projects. When property leaves the North Carolina agriculture present-use value program (PUV), the payment of deferred taxes on the property is placed in a special account that is dedicated to funding sustainable agriculture-related projects, instead of going into the general fund. While PUV is a statewide program, Cabarrus County is the only county that sets aside money in a separate, special account for sustainable agriculture projects.

Local Food System Assessment. In 2010, the county government contracted the Center for Environmental Farming Systems for approximately $30,000 to conduct a food system assessment to: 1) provide an initial evaluation of the food system in the county, 2) highlight assets and challenges within different segments of the food system, and 3) make recommendations for action.

Local Food System Program Coordinator. A month later in May 2010, the county board of commissioners created a local food system program coordinator position. This was an intentional decision of the county board of commissioners, so that the coordinator could oversee the food system assessment, coordinate the food council, and manage other food-related projects. Between 2010 and June 2014, the coordinator was responsible for (1) coordinating and providing technical and logistical support to the food policy council; (2) planning, teaching and evaluating educational programs that support a productive, economical, environmentally sound and secure local food system that enhances the community (e.g. managing the food system assessment and more recently managing the Elma C. Lomax Incubator Farm).

These policies and staffing decisions paved the way for subsequent local government supported food systems projects, programs and policies. Until drastic budget cuts in 2014, the county government supported the development and/or operations of: the Elma C. Lomax Incubator Farm, the Cruse Meats Harvest Facility, the Community Demonstration Garden, and the Rotary Square & Market. In addition, the food council developed a locally grown marketing campaign, and the county board of commissioners adopted a local food purchasing policy for the purpose of supporting the local food economy and to provide better access to fresher, more nutritious and better tasting food at county events.

Despite the local government’s support of food systems work, on June 16, 2014 the county board of commissioners voted to cut all funding for food systems related work and projects (including funding for the food council and about $400,000 for the Elma C. Lomax Incubator Farm), and eliminated the local food system program coordinator position. These cuts were part of $3 million in broader budget cuts and approved in a 3-2 vote on June 16, 2014.[1] Beyond the food systems related cuts, the budget cuts included the elimination of funding for economic development, several county employee positions, the County Wellness Center, as well as the reduction in the county government’s contribution to health insurance.[2]

According to Aaron Newton, former local food system program coordinator for Cabarrus County, food system stakeholders learned important lessons from these drastic changes. Before these budget cuts, the majority of food systems related programs, projects and other efforts were solely dependent on county government funding. The budget cuts forced the Elma C. Lomax Farm and the Cabarrus Farm and Food Council to realize that there was a pressing need to diversify their funding streams, primarily through the development of new partnerships, including likely and even unlikely partners.

Signaling the emergence of such partnerships, in July 2014 the Carolina Farm Stewardship Association (CFSA) entered into a temporary agreement with the county government to assume operations of the Elma C. Lomax Farm through December 31, 2014,[3] which was later extended for an additional year.  In addition, a private philanthropist, Scott Avett, one of the founding members of the music band – The Avett Brothers, provided a personal donation to the Lomax Farm and later that year provided fundraising assistance for a Barnraiser campaign that raised about $25,000.[4]

In a political turn of events, on December 15, 2014, the county board of commissioners restored $2.1 million of the $3 million budget cuts. However, the restorations did not include specific funding for the local food systems work.[5] Later in a response to a request from CFSA, on February 16, 2015, the county board of commissioners approved authorization of $25,000 in funds from the County’s deferred tax fund to match funds raised by the Barnraiser funding campaign. The combined funds provide financial support for the Lomax Farm until June 30, 2015.[6]

The council is currently taking steps to secure 501c not-for-profit corporate status and is soliciting charitable contributions to continue its work.  While the council has focused its work on food production, the council plans to address other components of the food system, notably food security, institutional food procurement, food processing, and food distribution in subsequent years. The council plans to develop a long-term, 10-year food security plan that will address the current fresh food supply issue experienced by food emergency agencies; consider the use of mobile markets and programs to distribute healthy foods into neighborhood grocery stores; and explore a farm to school program to benefit local growers while improving access to healthy food within the school system.