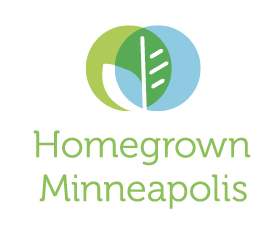 Minneapolis is home to approximately 400,000 residents.[1] The majority of residents are white with a growing population of color – at least 40% of the Minneapolis-St Paul Twin Cities region population is expected to be non-white by 2040.[2] Almost a quarter of current residents (22.5%) live below the poverty line with a median household income of $49,885.[3]

The city is surrounded by a dairy farming sector that produces primarily milk, cheese and other value added products. A sector of small and mid-sized fruit and vegetables growers are also clustered around the Twin Cities region. Within Minneapolis city limits, urban agriculture is prominent including backyard gardens, community gardens, commercial urban farmers, and other forms of urban food production. Minneapolis’ community-minded urban farmers employ people from the neighborhoods in which they are located, donate produce to local food shelves, and give back to the community in other ways. There is also strong demand and interest in organic, sustainably grown, and local produce among Minneapolis consumers. The city is home to 7 natural foods cooperatives, the largest group of natural foods cooperatives in the country, which has enabled smaller growers access to this consumer market. Minneapolis also hosts more than 30 farmers markets and mini markets and three licensed incubator kitchens.

Small urban growers, however, also face a number of challenges. For starters, there is a lack of infrastructure to support the regional food system. Land is expensive and difficult to access; land tenure is unpredictable; food processing equipment is challenging to finance; and aggregation infrastructure is in short supply. Minneapolis’ urban farmers are often hard pressed to make a living, with many working a second job and lacking health insurance.

Low-income residents also face major barriers to accessing affordable, healthy food, which is unevenly available across the city. Along with inequitable income distribution across Minneapolis, transportation and car ownership play a major role in food access in the city as those without a car face difficulty traveling to food stores.

As a result of these opportunities and challenges, the Minneapolis municipal government has developed a number of policies, programs and projects to support food production and improve food security. A number of these specifically focus on urban agriculture or access to healthy food; however, a few innovative plans and policies take a comprehensive and holistic approach to addressing these issues and consider the linkages between the two:

Homegrown Minneapolis, 2008, Phase I. In November 2008, then Mayor R.T. Rybak convened a meeting with staff from various municipal government departments to propose a citywide, local foods initiative called Homegrown Minneapolis (HGM). This initiative focused on ways in which the municipal government could facilitate more growing, processing, distribution, eating and composting of healthy, sustainable, locally grown foods in the city and the surrounding region. HGM showed leadership in food systems efforts and engaged the public; utilized a co-leadership model to effectively engage community partners; made city departments accountable and responsible for addressing food; and provided dedicated staff time and funding to implement specific recommendations. Some of the most significant outcomes of HGM include:

Homegrown Minneapolis Coordinator, 2009. In May 2009, the Health Department incorporated aspects of the HGM initiative into their grant writing processes in order to fund the Coordinator position. The department competitively applied for and received a grant, which funded a two-year Center for Disease Control Prevention Specialist who served as the initial HGM Coordinator. The position has since become a permanent full-time position housed in the City Coordinator’s Office within the Sustainability division.

Part of HGM’s implementation involved the creation of a short-term, 16-member task force to pursue priority actions, make recommendations and report progress to City Council. A key recommendation was to advise the City Council to establish the Homegrown Minneapolis Food Council, which has since been launched.

Farmers Market & Mini-Market Ordinance 2011-Or-095, 2011. This ordinance amended the Minneapolis Code of Ordinances related to farmers markets and other market types, supporting the dual goals of increasing access to healthy foods and supporting local farmers. Amendments included the following: (1) established 3 different categories of public markets – farmers markets, mini markets, and produce/craft markets; (2) specified the types of vendors and delineated licensing and permitting requirements for each; (3) required at least 60% of vendors at farmers markets to be agricultural producers licensed by the City of Minneapolis as opposed to plant vendors, craft producers, and other; (4) required all farmers markets to become authorized to accept FMNP (Farmers Market Nutrition Program), S/FMNP (Senior Farmers Market Nutrition Program), WIC-CVV (Women, Infants and Children Fruit and Vegetable Vouchers) within twelve (12) months of licensure; and (5) formalized mini markets – a type of small farmers market that already existed but hadn’t been recognized officially by the municipal government – and streamlined the permitting process, making it easier and less expensive for organizations to bring fresh and affordable produce to underserved neighborhoods. By formalizing mini-markets this ordinance implemented a key recommendation of HGM to make local foods more available in communities that have historically had limited access to healthy foods.

Urban Agriculture Policy Plan, 2011. Developed by the city’s Community Planning and Economic Development Department, this plan was recommended by HGM and subsequently adopted by city council and incorporated into the city’s comprehensive plan. The plan examines existing urban agriculture policies and facilities (farmers markets, community gardens, etc.), outlines issues and opportunities, and offers recommendations. Key recommendations centered on altering the zoning code to allow urban agriculture activities; incorporating urban agriculture into long range planning and encouraging it to be integrated with new construction projects as appropriate; and reviewing the city owned land inventory to make land available that is not desirable for development, but well-suited for urban agriculture.

Urban Agriculture Text Amendments/Zoning Code Updates, 2012. In response to the adoption of the 2011 Urban Agriculture Policy Plan, numerous zoning code and text amendments were adopted by city council to codify recommendations from this plan.  As a result of the amendments and for the first time since 1963, people in Minneapolis are now allowed to grow food for sale in market gardens and urban farms. Commercial growing and aquaculture are allowed on a larger-scale at urban farms on property zoned for industrial use. Arbors, trellises, raised planting beds, cold frames and hoop houses are also allowed. An additional amendment extending allowable days of farmstand operation was adopted in 2014.

Homegrown Business Development Center, 2011. Established by the Community Planning & Economic Development department in partnership with the Metropolitan Consortium of Community Developers, this program “provides financing and technical assistance for Minneapolis based businesses that process and manufacture local food products.” The program fosters the development and expansion of business ventures that promote sustainable agriculture and food production within Minneapolis and the surrounding region by providing matching loans and technical assistance for food related businesses based in Minneapolis who use a minimum 10% threshold of local ingredients.

Mobile Food Stores, Ordinance 2014-Or-022, 2014. This ordinance amended Chapter 295 of the Minneapolis Code of Ordinances to allow a larger selection of healthy foods and expand the locations available for mobile food stores. Previously, mobile food vendors were allowed to only sell pre-packaged foods at designated senior citizen high rises that did not have a licensed grocery store on their premises. The ordinance removed this requirement and allows for the selling of fresh produce (raw, uncut fresh fruits and vegetables) at additional locations beyond senior citizen high rises; and created a requirement that all mobile food stores offer at least 50 items of fresh fruits and vegetables in at least 7 varieties.

Staple Foods, Ordinance 2014-Or-092, 2014.  A 2008 ordinance requiring corner stores to sell 5 varieties of fresh fruits and vegetables was considerably strengthened in 2014. The updated ordinance is a first in the country and requires Minneapolis stores that hold a grocery store license to stock a certain number of items from the following categories: milk/milk alternatives, cheese, eggs, canned fish and meat or vegetable proteins, nut butter, 30 lbs. or 50 items of fresh and/or frozen foods with no added ingredients—7 out of the 5 varieties must be fresh, 100% juice, whole grains including whole grain cereals, canned beans, and dried peas, beans, and lentils. The Minneapolis Health Department is helping stores to comply with the new ordinance by providing technical assistance and education.

The City of Minneapolis has made considerable investments in achieving food system goals in relatively few years since the inception of Homegrown Minneapolis and the launch of the Food Council. These range from stand-alone to comprehensive policies and plans with a strong emphasis on addressing the food production and access issues facing the city. Other notable City of Minneapolis food policies include:

Additional information is available on the Homegrown Minneapolis website